Sato Hits His Way to a Home Run Derby Crown 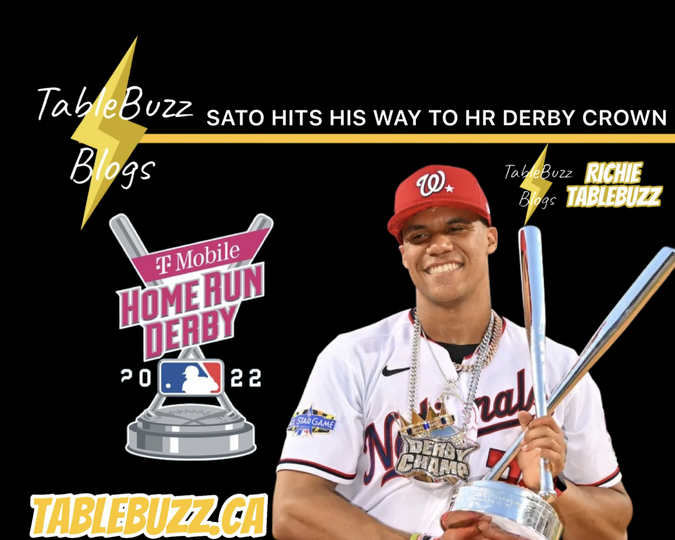 Sato Hits His Way to a Home Run Derby Crown

An eventful first night of the 2022 MLB All-Star Break in Dodger Stadium. So much took place but why not start at the top, Julio Rodriquez cranked 32 home runs in his opening round, a feat that has only been one other time in history. two-time defending champ Pete Alonso ended up taking the L to 21-year-old rookie JRod in the second round. On the other side of the bracket Albert Pujuos hit 20 homers in round 1 to move onto round 2 where he would lose to Juan Sato, Pujols only managed to hit 15 Homers giving Sato (16) a rest before heading into the finals. Juan Sato (23) and Julio Rodriguez (21) line up to make it the youngest final ever for a home run derby. JRod stood up to the Plate launching 18 dingers first, a respected number but Sato had no Problem beating him after earning the bonus time. Lots of excitement building up for surely what will be a great All-Star game in LA Tuesday Night.