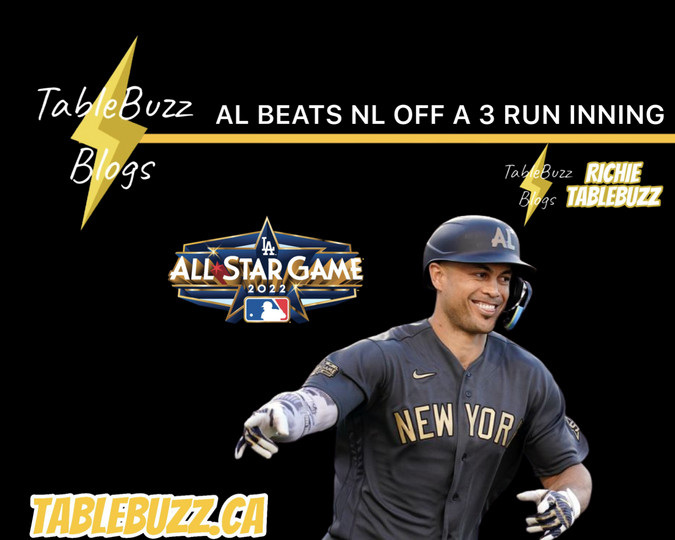 The American League starting pitcher Shane McClanahan gave up a 2-0 lead in the first inning off a single from Mookie Betts and a homer from Paul Goldschmidt. Clayton Kershaw came out soft giving up a single to Shohei on the first pitch but only 4 pitches later he was able to pick off Ontani and Strike out Judge. In the second inning, a miced-up Alek Manoah took the mound striking out all 3 while also hitting a batter keeping the lead at 2. Giancarlo Stanton tied up the game with a two-run shot in the 4th inning and then the next batter Byron Buxton smashed a home run to take the lead and the AL didn't look back. Pitching took front row for the rest of the game with both teams putting up 5 scoreless innings to end this one. Giancarlo's home run to tie the game earned him the MVP nod. The Toronto Blue Jays all-star hitters went 0-5 with a walk on the night. Jays are back in action this Friday when they take on the Boston Red Sox at Fenway Park.